What is sharing economy? 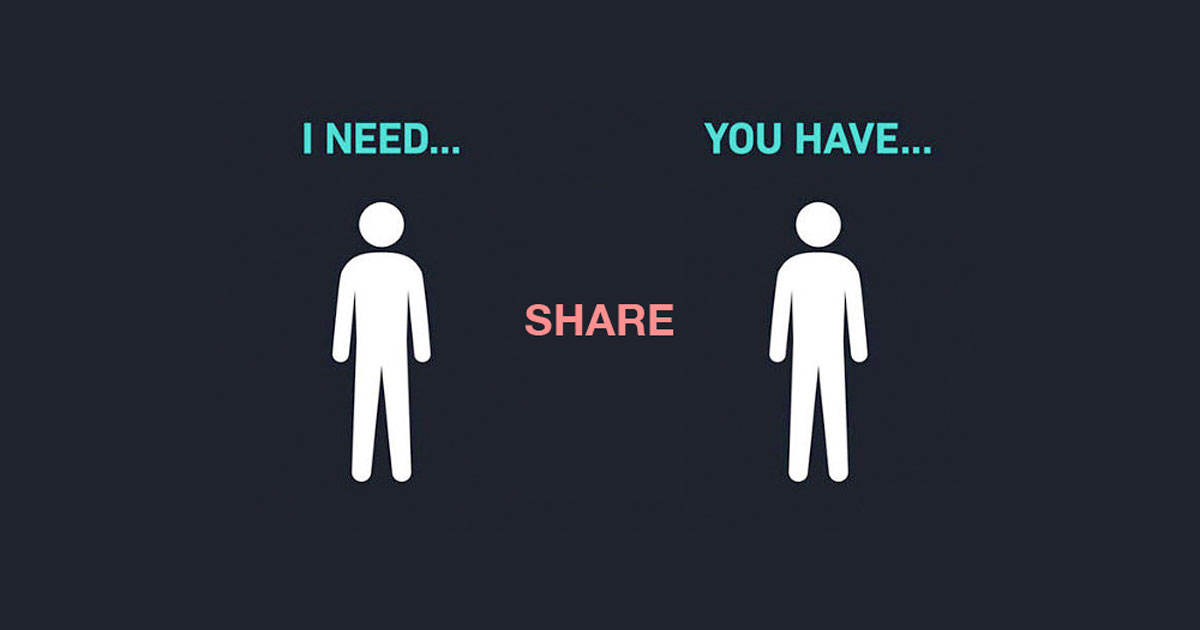 Sharing Economy is an expression that wants to favour a new economic model that starts from the real needs of consumers with an approach that questions the consolidated relationships between economy and society.

In fact, the origins of the sharing economy date back to the remote times. For example, mountain pastures are not always used by single families, but are a common good for the whole community of the valley. Public facilities, such as libraries, swimming pools or parks are also available to all members of a community, although in part they are only available for a fee. The good results in the public domain are now being discovered, appreciated and also demanded by private individuals: so why spend money on a car when you can rent a vehicle in time? Or why buy sports gear for only a few hours, if it is much cheaper to rent them for a fee?

“Sharing”, “reusing”: these are the keywords and priorities of so many business realities that have emerged in recent years and use digital technologies for a purely circular economy model where consumers provide expertise, time, goods and knowledge for the creation of virtuous ties that rely on the use of technology in a relational way. The share economy thus promotes new lifestyles, focusing on savings, redistribution of money, socialization between users and why not safeguarding the environment. In Europe, the sharing economy business is worth 28 billion euros per year, but according to PWC calculations it will reach 570 billion euros in 2025. According to analysts, the sectors most involved in the share economy boom will be transport, housing, collaborative finance and personal services. This is an example of TaskRabbit, which spends the small daily necessities with the offer of freelancers (deliveries, cleaning, accompanying and baby sitting). In the beginning was Napster, the software that allowed to share music files and movies with unknown users all over the world. The members socialized with each other in addition to exchanging free millions of files. It took just over ten years for this model designed by programmers to replicate in all the possible declinations, coming to "produce" real multinational corporations for exchanges. Here are some cases where success has come fast.

An app that connects in the user with cars with driver a few minutes through the smartphone: contract the price, pay online and take you around the city. The company is valued at $ 62 billion.

is the sharing site par excellence; born in 2008, it is one of the landmarks of any tourist: it contacts those looking for a room or apartment with whom has available space. The company is not yet listed but is valued at $ 30 billion.

recently purchased by Google, it is a better GPS application than a simple navigator where drivers share real-time traffic information.

the new concept of hitch-hiking: it is a service that allows you to offer or ask for car passes by sharing travel expenses with considerable savings, even with respect to the cost of the train. The company was born in France in 2003, today it is estimated at about $ 2 billion.

Platforms that, although with all their differences, have two common points: they will be protagonists of exponential growth in terms of revenue, but they will find and find legal and tax obstacles.

Does sharing economy influence the economy?

The exponential growth of sharing economy undoubtedly represents an opportunity for the traditional economy and for the whole community. The importance that will increase in the economic landscape will require careful analysis by lawmakers. From the authorities' analysis of the compatibility of services provided with different interests and norms, they have been taken of positions and court judgments which have sometimes been legitimized, sometimes bound, sometimes condemned by the sharing economy.

But doubts and fears can’t certainly stop this unstoppable development, where well-liked digital applications can perfectly match demand and supply. We must not forget that this increase in sensitivity to sharing, of distrust of some traditional forms of exclusivity because rationally and economically unfavourable, is mutually fuelled by the development of digital technologies that allow this kind of behaviour. The future will be more and more digital and new digital business models are already revolutionizing our economy. Let's get ready!